When cartoon characters, colorful geometrics, Lilliputian men or women, strangely deformed faces, or even stranger animals wander through our homes, we are tempted to believe these inexplicable hallucinations are a sure sign of mental illness or the onset of dementia. In reality, they may be indicative of something infinitely more benign, if not exasperating–Charles Bonnet Syndrome (CBS).

Charles Bonnet was an 18th Century Swiss naturalist and philosopher who dabbled in the sciences and is credited with discovering parthenogenesis (reproduction without fertilization). His own grandfather, a magistrate, suffered from visual hallucinations. Even though he was nearly blind from cataracts, he claimed to have seen everything from handkerchiefs floating in midair to miniature scaffolding in his home. Later on, when Bonnet himself suffered from vision loss, he was similarly afflicted by these unusual visual phenomena.

CBS is a gender-neutral, age-related condition in which vivid visual hallucinations, often recurring, affect people who have moderate to significant loss of vision. While the elderly most often experience CBS, a recent German research paper found that younger patients can also be impacted. Those who suffer from macular degeneration, glaucoma, diabetic retinopathy, stroke, or complete blindness are more likely to experience CBS.

These hallucinations are very disconcerting to say the least, but most people who experience them know they aren’t real but still worry about their mental health.

Dr. Rudrani Banik, an ophthalmologist who cares for many patients with CBS, hopes to raise awareness of this unusual condition.  She states, “Unfortunately, many doctors have never even heard of Charles Bonnet Syndrome. It is important for providers to first understand what it is and what causes it, and more importantly, to screen patients with moderate or severe vision loss for symptoms.”

Sensory deprivation is a crucial factor in CBS. The brain or inferotemporal cortex tries to adjust for this vision loss by creating hallucinations. Since visual stimulation reaching the brain or optic nerve is significantly reduced many CBS-affected persons live even further restricted lifestyles. They limit their outdoor activity, reduce social encounters or sit alone in dimly lit rooms. This deprivation causes the brain to overcompensate by becoming hyperactive. It is akin to amputees who suffer from “phantom limbs,” they feel sensations that aren’t really there.

Hallucinations may be formed (i.e., people, faces, animals, plants, or buildings), or unformed (i.e., patterns, ribbons, shapes, colors, or stars).They may even have exquisite detail; for example, one patient of Dr. Banik’s reported seeing the entire NYC subway map. Timing, frequency and type of hallucinations may vary. They tend to occur daily or weekly or upon awakening. They may be episodic, periodic, or chronic. Hallucinations are often described as films where the individual is simply an observer.

Dr. Banik adds that “CBS is much more common than reported, because patients are often fearful if they report seeing hallucinations, they will be labeled with a psychiatric condition, when in fact, the problem really stems from thevision center within the brain.”Ten percent of all visually impaired patients suffer with CBS but only 65 percent will ever tell anyone.

Fortunately, CBS does not lead to further vision loss and will often resolve on its own.  For cases due to reversible vision loss, such as cataracts, symptoms may completely disappear after surgical removal of the cataract. “For those patients in whom the hallucinations are quite bothersome and interfere with daily life, treatments such as anti-seizure medications,eye drops, and even sedatives may be tried, though these are not usually effective,” reports Dr. Banik.

Though there is no definite cure for CBS, Dr. Banik stresses reassurance to let patients know that they do not have a psychiatric condition. She also encourages them to go on with their daily activities, and perhaps even enjoy the vivid display of images their brain is sending.

Not surprisingly, those who have hearing loss also suffer with some form of CBS known as Musical Ear Syndrome—they are likely to have auditory hallucinations such as hearing music or sounds out of the blue.

If you suffer from visual hallucinations, visit your primary care doctor and opthalmologist to determine whether you have CBS or some other underlying physical ailment.  Dr Banik notes that there are a handful of more serious conditions which may also cause visual hallucinations, including acute stroke, visual seizures, or a rare type of dementia called Lewy body disease, “It is important to distinguish between these illnesses, which require further investigation, and CBS,” she warns.

Watch this amazing TED Talks video by the late great author and neurologist Oliver Sachs, who talks about diagnosing CBS in his patients…and himself.

But if you do have CBS, the next time you glimpse that “wascally wabbit” and his sidekicks Daffy or Elmer, just smile and know that you are okay. 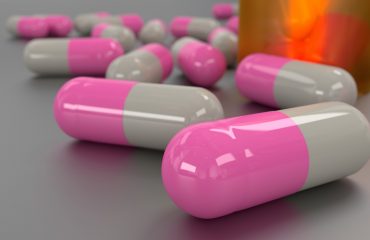 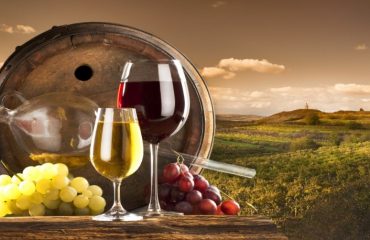