Q. I heard there is a new pill that can induce abortion so that a surgical abortion is no longer necessary. Is this true? Is it safe to use? Can I take it home?

A. There are two different types of drug therapies that can terminate pregnancy; one is available in the United States and one is not. In my opinion, at this time, neither therapy is better than conventional surgical abortion. RU 486, the so-called abortion pill, is widely used in France. When combined with oral Prostaglandins (substances that cause the uterus to contract) RU 486 can induce abortion up to the ninth week of pregnancy. As of this writing, however, RU 486 is not legal in the United States; therefore, it is not an option for American women. Anti-abortion forces have so far been effective in their efforts to block the use of RU 486 as an abortion drug, and it is only available in the United States to medical researchers for experimental purposes. Recent studies have suggested that RU 486 may be an effective treatment against breast cancer and other diseases, and a handful of American scientists are conducting further research.

There is another drug regimen for abortion that is both legal and available in the United States, but it’s very new and somewhat controversial. According to a study published in the New England Journal of Medicine, two other drugs commonly prescribed for other purposes can, when combined, also safety and effectively terminate pregnancy up to nine weeks.

For the past decade, methotrexate has been prescribed “off label” (not for its approved use) to terminate ectopic pregnancies (a potentially life-threatening condition that occurs when the fertilized egg lodges within the fallopian tube). Misoprostol is also commonly prescribed “off label” to soften the cervix when inducing labor.

In order to induce abortion, the patient must be given a shot of methotrexate, which terminates the pregnancy in two ways: it interferes with the growth of the embryo in the placenta by killing rapidly-dividing cells, and it also blocks the action of folic acid, an important B vitamin that is critical to the normal growth and development of the embryo. Five to seven days later, the patient must return to the doctor for a vaginal suppository containing Misoprostol. Typically, within two days after getting the suppository, the woman will begin to bleed and cramp, as she would with a miscarriage. In rare cases, the pregnancy may not terminate, and a surgical abortion is required.

There are some advantages to this new abortion procedure over surgical abortions. For one thing, it can be performed in any doctor’s office and does not necessitate a hospital stay or visit to an abortion clinic, which many women may find upsetting (particularly if anti-abortion people are picketing outside). For another, unlike a surgical abortion, which is best performed at around six weeks, the drug-induced abortion can be performed as soon as the woman knows she is pregnant, which eliminates the days or weeks of waiting.

There are some disadvantages, however, to this procedure that women should be aware of. First, the drug-induced abortion takes considerably longer than the usual surgical procedure. During the first twelve weeks of pregnancy, abortion is usually done by vacuum aspiration, which takes between 10 and 15 minutes. In this procedure, the cervix at the entrance of the uterus is dilated and a blunt-tipped tube is placed in the uterus. The tube is connected to a small suction machine which draws out the contents of the uterus. Vacuum aspiration can be performed with either local or general anesthetic. In most cases, after an hour or two of rest, the woman can go home. Although there may be some residual bleeding for up to two weeks, the abortion is over quickly and efficiently. On the other hand, the drug-induced abortion can take up to two weeks before the abortion is finalized, which can be emotionally wrenching for many women. In addition, if unprepared, many women may be very distressed by the amount of bleeding and cramping, although most of the women who have had this procedure find out the pain is easily controlled with medication. In addition, since neither methotrexate nor Misoprostol have been approved by the FDA for use for abortion, some doctors may be reluctant to administer them for this purpose. As of now, I personally would not recommend this procedure until it has been tested further.

Excerpt from the book What Women Need To Know

A study based on questions submitted by hundreds of women offers advice from a female doctor on breast self-examination, coping with menopause, heart disease, and other health issues affecting women. 35,000 first printing. 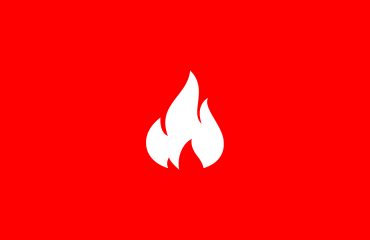